I’ve spent the better part of the last year wanting to get on top of blogging again. It seems that now, doing something I am so familiar with, is as good a time as many. My name is Kaitlyn Booth and I’m the Editor-in-Chief at Bleeding Cool. I’m a film critic, a podcaster, and a writer. Today I’m beginning another trek into National Novel Writing Month.

NaNoWriMo has been a huge part of my life since I took part in my first year back in 2004. I was in high school, I was very sick with mono, but I still managed to win at the very last second. My book was terrible and I don’t even like to think about reading it again but I finished it. NaNo taught the importance of finishing a draft and that nothing can be completed with a first draft. It changed my life and I’ve taken part in the challenge every year since and I’ve also won every year since. I have fourteen wins under my belt and I’m taking part in my fifteenth.

However, this year presents a whole new set of challenges. My promotion to Editor-in-Chief is very recent and November is notoriously one of the busiest months to be a film critic. There is very little time for me to work on this novel but I stand determined nevertheless. I hope to make this month of blog entries a peak into my creative process and another way for me to vent any frustrations that come with the creative process.

It is late, almost midnight on day one, and I’m at 2,004 words out of 50,000. I’m currently ahead of where I need to be to hit 50,000 words on the 30th of November. My book this year is a little different. It is a five part story told from five different points of view. These stories are connected; some of these crossovers will be big while others will be more subtle. It a realistic fiction mystery following an incident that takes place at Grand Central Station in New York City hence the title being; Grand Central.

I’d like to apologize for any mistakes in these blogs. These aren’t quite diary level of personal but I will be speaking frankly about my real life. However, if you follow me on twitter then you get plenty of this already. 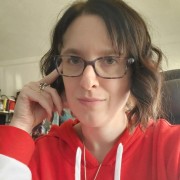